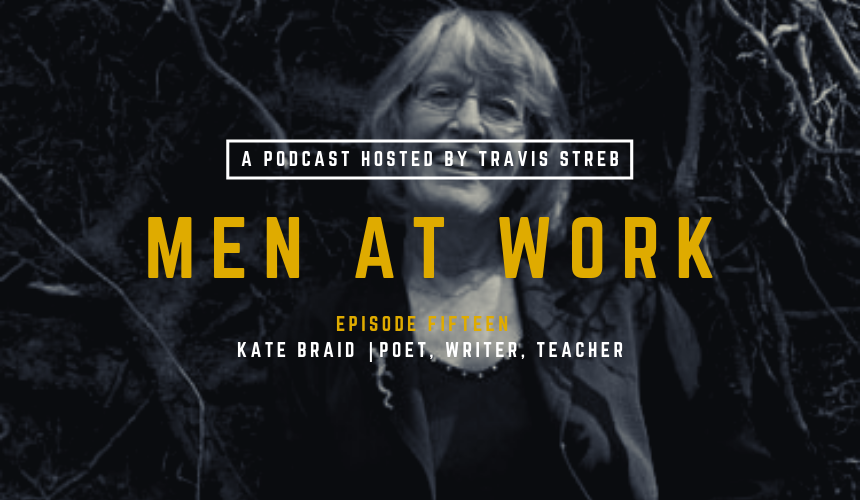 Today’s conversation is with Kate Braid. Kate worked as a receptionist, secretary, child care worker and lumber piler before stumbling (literally) into construction.  For fifteen years she worked as a labourer, apprentice and journey carpenter building houses, high rises and bridges. Her passion was concrete.

During her early years in construction, with no other women to talk to, she began talking instead to her journals, keeping copious notes to try and understand the very male culture of construction. Eventually as the working days grew longer and her lines shorter, she realized she was writing poetry.  Beyond being a poet, Kate has taught construction and creative writing and for well over a decade.

In this conversation, we talk about…

In 2012 she was declared one of Vancouver’s Remarkable Women of the Arts. In 2015 she was awarded the Mayor of Vancouver’s Award for the Literary Arts for showing leadership and support for Vancouver’s cultural community, and in 2016 she received the Pandora’s Collective BC Writers Mentor Award.

More on Kate and her work: