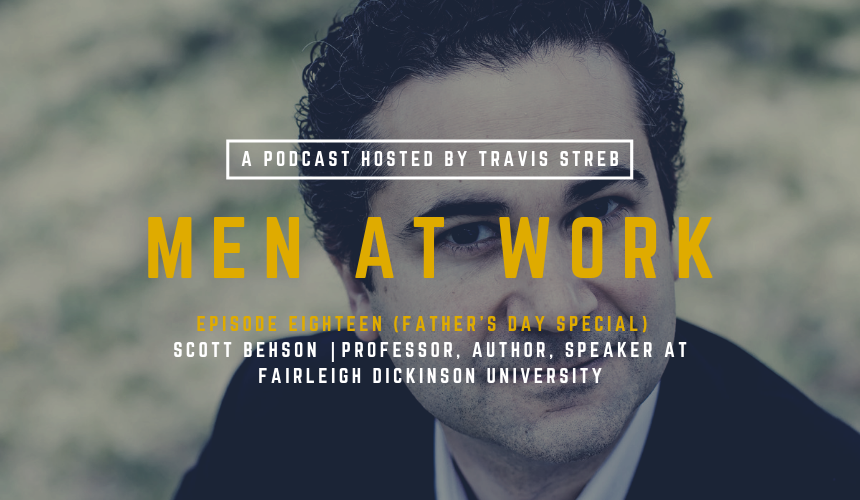 Today’s conversation is with Scott Behson, PhD. Scott is a professor of management at Fairleigh Dickinson University, national expert in work and family issues, and was a featured speaker at the White House Summit on Working Families and at the United Nations International Day of the Family.

He’s the author of The Working Dad’s Survival Guide: How to Succeed at Work and at Home, the first book of its kind to provide advice and encouragement for working fathers, helping them to achieve success in their careers while also being the involved, loving dads they always wanted to be.

Scott founded and runs the popular blog, Fathers, Work, and Family, dedicated to helping working fathers and encouraging more supportive workplaces. He writes regularly for the Harvard Business Review, Huffington Post and Good Men Project, and has also been published in TIME, Success, Fast Company and The Wall Street Journal.

Scott has appeared on MSNBC, CBS This Morning, Fox News and Bloomberg Radio, as well as NPR’s Morning Edition, Radio Times and All Things Considered. His work has been featured in such outlets as the Atlantic, Esquire, Quartz, The Washington Post, Salary.com, Today.com, and Working Mother magazine.

Scott is an accomplished keynote speaker and consultant who has worked with Fortune 500 companies and major conferences. He’s also worked in support of smaller community-based parenting and fatherhood organizations.

More on Scott and his work: