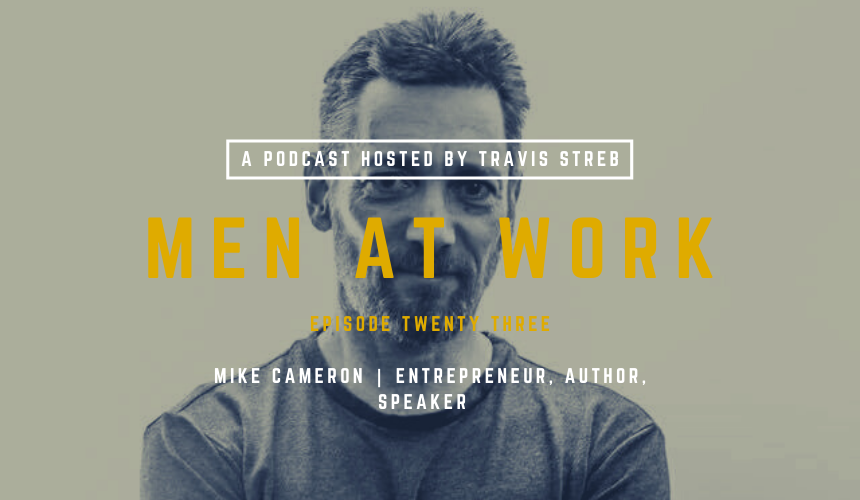 Today’s conversation is with Mike Cameron.

Mike is a Canadian writer, speaker, philanthropist, ultramarathoner and advocate against Gender Based Violence. Mike went from literally bagging shit to founding, building and running an award winning multi-million dollar business. As a sales and leadership authority, Mike has studied and spoken on the impact that emotion has on human behavior for more than two decades. He has worked with a variety of non profits and charities to pave the way for a violence free future. Today he designs programs to assist men to tap into their emotions in a real and authentic way using his Emotional Reconnection Practice.

Mike co-founded the Ignore No More Run For Respect to help engage men and boys in the gender equity conversation. His keynotes addressing the importance of emotional intelligence have been heard all across North America. His 2017 Tedx “The Way Men Think of Strong Is Wrong,” urges society to help redefine what it means to be a badass

More on The Mike and his Book ‘Becoming a Better Man’