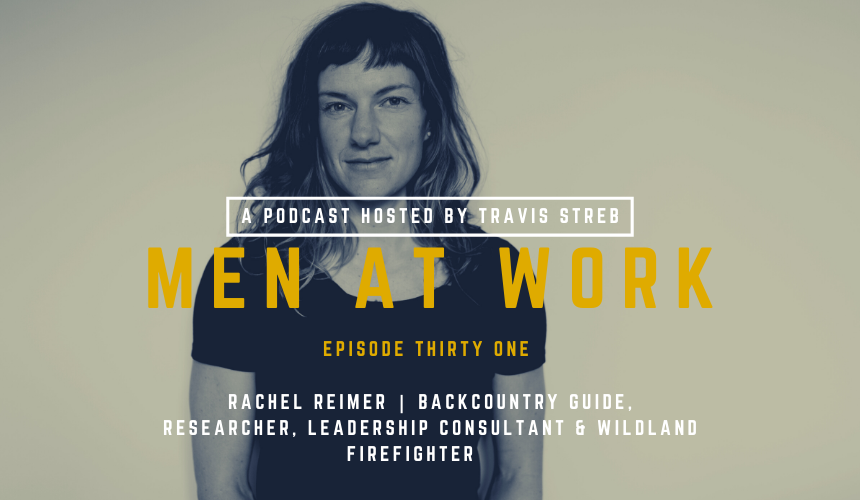 Today’s conversation is with Rachel Reimer. Rachel is a backcountry ski guide, leadership consultant, active PhD Researcher and fiercely committed to moving her research into action. A former international aid worker, researcher and wildland firefighter, Rachel brings a tonne of wisdom, experience, and scientific data to her work in the world.

Rachel’s studies began with research on women’s leadership in Palestinian refugee camps, a project for the UN Women’s Program in Lebanon (UNRWA, 2008).

She transitioned into wildland fire and took her curiosity about leadership with her. She began leading a wildfire crew in 2012, and took a step off the fireline and into research and advocacy in 2017.

Her MA research on wildland fire leadership, The Wildfire Within: Firefighter perspectives on gender and leadership in wildland fire, offered a ground-breaking and industry-changing perspective.
It was the first project of its kind to engage firefighters in open dialogue about gender, using technology to create a safe space, in the midst of a wildland fire community.

It was nominated by the Social Sciences and Humanities Research Council of Canada for the Nelson Mandela Award (2016), awarded the recommendation of distinction by Royal Roads University (2017), and nominated for the Governor General’s Gold Medal Award (2017).

More on Rachel and other Links from the Show: